Act Now to Take Advantage of Annuities Making a Comeback

Annuities were once viewed as a product with limited uses and too many drawbacks, but recently the certainty provided by an annuity has become more appealing. In fact, 2018 and beyond looks to be promising for annuity sellers. Between rising interest rates, market volatility, and favorable regulation decisions, seniors are increasingly turning to annuities as part of their retirement planning, wanting to make sure that the basics are covered no matter what the future holds. Many of these seniors are seeking the peace of mind that comes with a steady, guaranteed income stream for life. Find out how insurance agents can take advantage of annuities making a comeback.

Look Forward to the Future

The current stock market expansion is the longest bull run since WWII, nearly 10 years, and the prolonged run is reminding people of the 2008-09 crash. The bull run has been going on so long that people are becoming ever more anxious and anticipating a change at any moment. Investors are nervous and don’t want to lose their retirement, and many seniors, in particular, remember the losses of retirement savings in the previous crash.

The volatile nature of the stock market is leading people to want to protect their savings. Older savers, in particular, are more likely to appreciate the guaranteed nature of annuity income. Annuities are great options for clients who are looking to protect their assets and who can’t afford a loss in retirement savings.

The Federal Reserve hiked rates to 1.75 percent earlier this year, the highest since 2008, and it is unlikely to be the only raise. Chairman Jerome Powell projects three rate hikes total throughout 2018. When it comes to retirement savings, a rising interest rate market means that the value of existing bonds is going down. With the anticipation that the Fed could increase rates by another 2 or 3 percent soon, the value of bonds will only continue to decrease. If seniors are trying to protect their savings, bonds might not be the place to put their money.

Rising interest rates aren’t the only factor when it comes to market volatility. In February the popular indices fell into “correction” territory, which is defined by a 10% pullback from a recent high. Though that correction was shallow in both scope and size, the market stabilized in March and April and began a new uptrend. Recently both the small-cap Russell 2000 and the tech-heavy Nasdaq composite have been flirting with new record highs. But politics, trade wars, and international conflicts are also contributing to instability in the markets. Market watchers should expect more volatility through the rest of 2018, paying particular interest to August and October when the market tends to peak.

Bull market is a phrase that was coined by President Theodore Roosevelt in 1900, and is an apt description for the impact President Donald J. Trump has today. Politics plays a role in how the market moves, maybe now more than ever. While previous presidents have shied away from saying anything that will affect financial markets, the current president has taken a different position. President Trump is known for expressing his opinion on Twitter, even if it might affect the market.

The president isn’t the only political impact affecting annuities making a comeback. Favorable regulation decisions, specifically, a recent court decision overturning the Department of Labor fiduciary rule, is another advantage for insurance agents looking to sell annuities. Previously the fiduciary rule from the Department of Labor (DOL) had elevated all financial professionals who work with retirement plans or provide retirement planning advice to the level of a fiduciary, binding them legally and ethically to meet the standards of that status.

This rule was expected to have had at least some impact on all financial advisors, and it was anticipated that those who work on commission, such as insurance agents, would be impacted the most. Leery of lawsuits because of the rule, many agents chose not to sell annuities, but last month the U.S. 5th Circuit Court of Appeals officially vacated the rule, effectively killing it.

Fixed indexed annuities are a great option for those who wish to maintain growth and protect against losses. There is no annual contribution limit for an annuity, which means that they are particularly useful for those that are closest to retirement age. ASPECT Management knows that the biggest advantages annuities offer is that they allow you to sock away a larger amount of cash and defer paying taxes. The money invested compounds year after year without any tax bill, which can be a big advantage over taxable investments. Annuities serve as a complement to other retirement income sources.

Annuities, Retirement
Recent Posts
ABOUT US

ASPECT Management is a Senior Market focused company, with a goal of providing agents with products, incentives, and support that allow them to better focus on servicing their clients.

Send us an email and we'll get back to you ASAP. 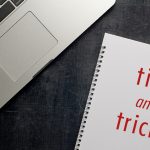 Three Tips to Get More Out of Enrollment Off-SeasonInsurance 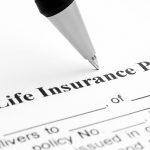 How to Talk to Your Clients About Life InsuranceInsurance